Reheating food is always a tempting convenience, but did you know there are some foods you should never reheat in a microwave?

It’s a wonder we managed in pre-microwave times. Nowadays, most kitchens have one, and we use them for almost everything, from heating up our porridge to cooking our ready meals.

Microwaves may be a wonderful invention, but that’s not to say they can do everything. Discover which foods you should never put in your microwave today, or risk poisoning yourself, and family!

1. Can I microwave celery? 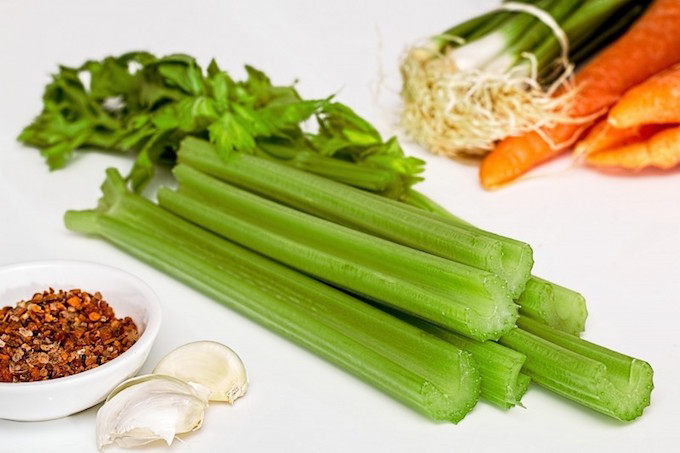 Although celery is usually eaten raw, it’s sneaked into lots of other store-bought foods such as soup and even bolognese.

Celery contains nitrates, which, when reheated, can turn toxic, releasing carcinogenic properties. Carcinogens are substances or environments that can cause changes in a cell’s DNA, and lead to cancer.

Reheating food rich in nitrates should be avoided where possible.

Try to avoid reheating beetroot by removing it out of your meals before you zap them in the microwave.

Spinach is also on the list of vegetables that could develop harmful carcinogens when reheated. What’s more, spinach rarely tastes as good when reheated a second time.

Do your taste buds and your health a favour and leave it out of the microwave.

4. Can you reheat an omelette?

It’s time for egg debate. Whilst more and more people are turning to their microwaves to scramble their eggs in the morning (and who can really blame them? It saves on mess and time), the same cannot be said for reheating.

The problem with reheating eggs in the microwave is that, often, they are not heated for long enough. If eggs are eaten at temperatures lower than 74°C, they can upset your stomach and even cause food poisoning.

If you’re lucky enough to have some leftover omelette for dinner, your best bet is the frying pan. Heat it in a non-stick pan for a few minutes on each side and enjoy piping hot.

5. Can you reheat mushrooms

Linguini, stroganoff, risotto…most of us wouldn’t even think twice about reheating our favourite mushroom dishes.

The problem with reheating food containing mushrooms is not the microwave itself, but the bacteria they develop between being cooked and reheated. If they are not refrigerated immediately after cooking, their complex enzymes and protein structure can be destroyed.

Once this has happened, reheated mushrooms are unsafe to eat and can cause stomach upsets.

6. How to reheat potatoes…

…the answer most definitely isn’t in the microwave. Similarly to mushrooms, if stored incorrectly, potatoes can grow a bacteria called Clostridium botulinum, which can be extremely harmful when ingested.

Bacteria can be killed off at high temperatures, such as those achieved in the oven, but microwaving potatoes is always risk. To avoid tummy troubles, always store potatoes immediately at cold temperatures and do not eat below 60°C.

Unsurprisingly, chicken is on our list of foods you shouldn’t reheat in the microwave. It’s not that you can’t reheat chicken, it’s just not advised. Chicken contains a high-density of proteins which reheating can cause to break down, thus upsetting the stomach.

Additionally, as with eggs, there’s a risk of salmonella. The problem with reheating food in the microwave is that they don’t distribute heat evenly, meaning some parts of your chicken will be safe to eat, and others less so.

4 Materials to Avoid in an Eco-Friendly Home

Knowing what to look for in an eco-friendly home isn’t very complicated: You want energy efficient systems, well-insulated windows and walls, maybe a small...

10 DIYs That Will Change the Way You Garden

How To Clean Carpets: 7 DIY Methods With Professional Results

How to make hair grow faster than ever – 1 inch...

10 Things Not to Do When Painting Your Home